Combining the strategy of games like Risk and Hearts of Iron, the stealth of Battleship, and a healthy dose of diplomacy and deception, two factions vie for control of an Alternate-History Americas. 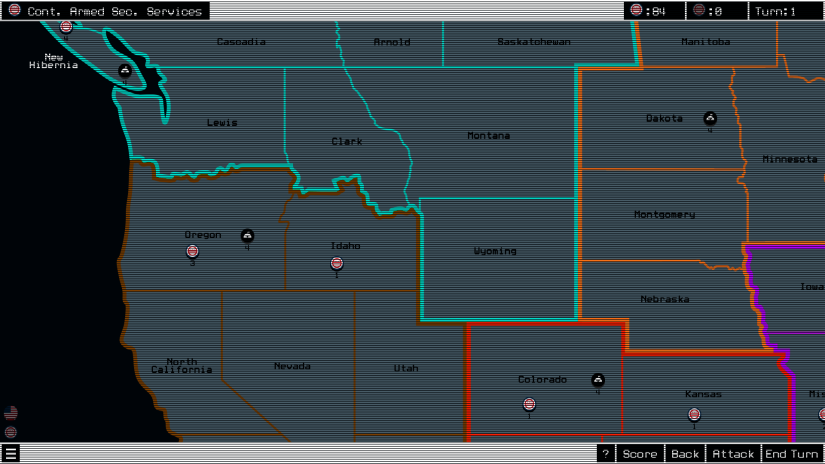 There is the Continental States of America, conqueror of the New World. Thirty years after the last world war, the Continental States reigns from sea to shining sea and pole to frozen pole. The star-crossed banner waves proudly over citizen and non-citizen alike, taunting the ever-despised Europa as a reminder of their most recent military failure.

However, all is not well in the CSA. In the South, rebels have taken up arms once more against the forced assimilation and abuses by their thirty-year occupiers. While in the more-assimilated Central Regions, corruption has reopened the century-old scars of colonialism. Even the North, the very heartland of Greater America, the impoverished masses chafe against the American Caesar’s brutality and his cronies’ corruption.

The year is 1976. Will you liberate the Americas from the totalitarian, but overstretched Greater American Co-Prosperity Sphere? Or will you destroy the last holdouts of resistance against the Great Caesar of America?

Progress Report 2: Welcome to the Breakdown

Dev Diary 4: Efficiency And Progress Will Be Ours Once More